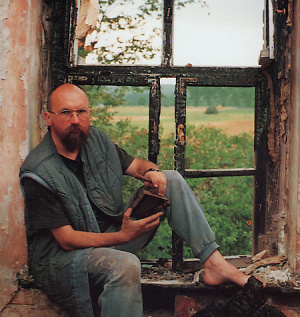 Surreal painter Jacek Yerka was born in a small city in Northern Poland in the early 1950s. His developing years were spent playing amidst the wonderfully preserved architecture of medieval Europe, as his hometown was spared much of the bombing that beset Poland during the war. It is this environment of reddish brown brickwork that immediately calls to mind the works of Bosch and Brueghel, whose palette Yerka shares.

Yerka studied art at University, before rebelling against the trend to paint with less attention to realism and detail. Instead, he found his education studying the works of the Northern European masters like the Van Eycks, Dierck Bouts, Robert Campin, Bosch, and surrealists such as Magritte.

"I did my first painting of my life a year before going to college, where I began studying graphics. My instructors always tried to get me to paint in the more contemporary abstract style, amd move away from my fascination with realism. I saw this as an attempt to stifle my own creative style and steadfastly refused to fall in line. Eventually, my teachers relented."

Yerka's carefully rendered fantasy paintings (acrylics on canvas) are filled with images from the artist's childhood, one heavily influenced by the surroundings of his home during the 1950's, and his grandmother's kitchen, wherein he spent much of his time. Odd little beasts, and wonderfully whimsical landscapes are the hallmarks of Yerka's delightful works.

"For me, the 1950's were a kind of Golden Age. These were the happy years of my childhood, filled with wonder at the world around me. It is reflected throughout my work in buildings, furniture, and various pre-war knickknacks. If I were, for instance, to paint a computer, it would definitely have a pre-war aesthetic to it."

Jacek Yerka's work has been exhibited in Poland, Germany, Monaco, France, and the United States. His works also hang in Polish art museums. His two full color art books, Mind Fields and The Fantastic Art of Jacek Yerka are published by Morpheus.

"Yerka's art brims with echoes of the famous surreal artists of the past, Hieronymus Bosch and Pieter Brueghel to Salvador Dali and Rene' Magritte." – Omni Magazine 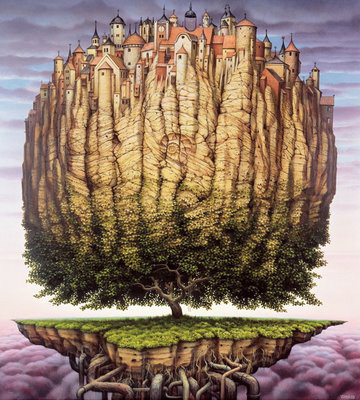 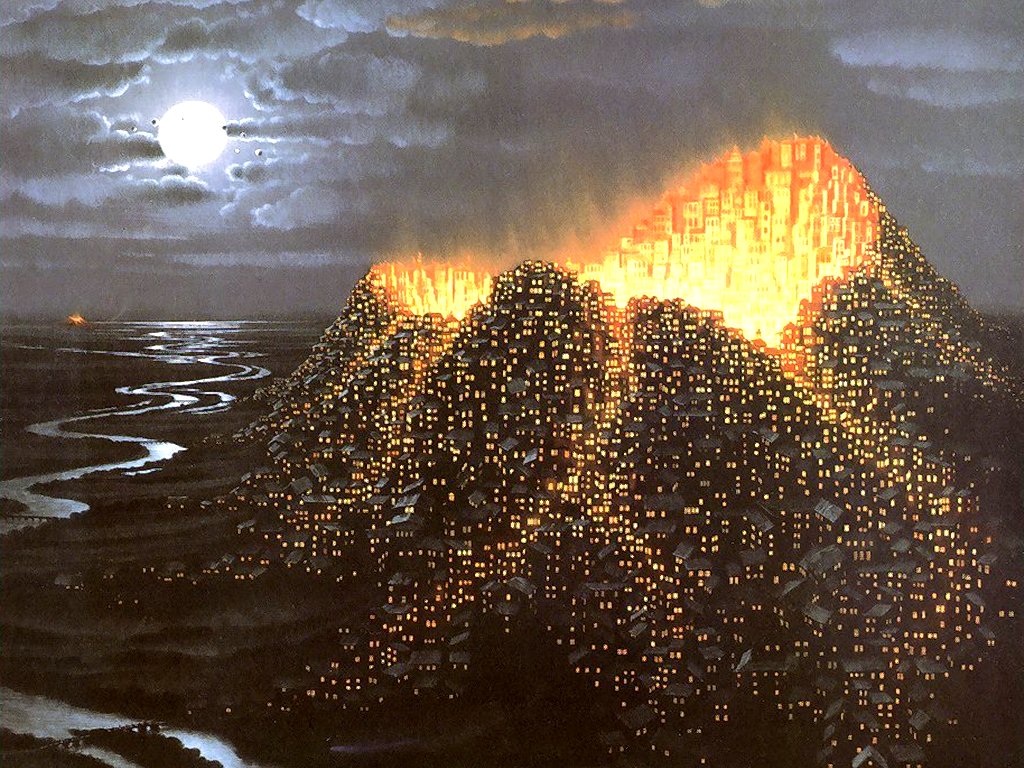 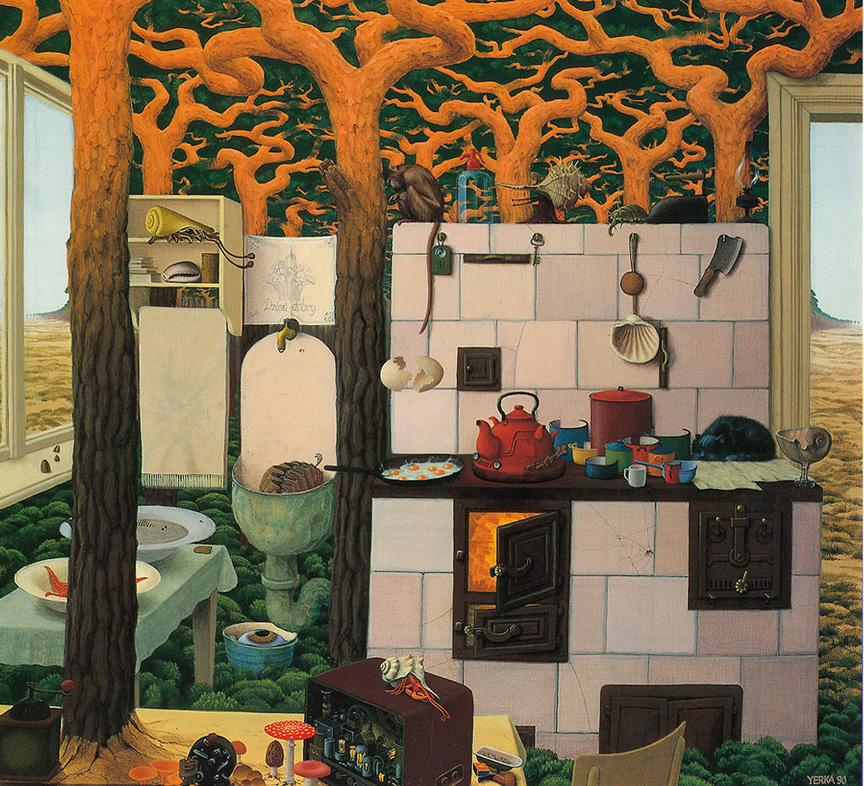 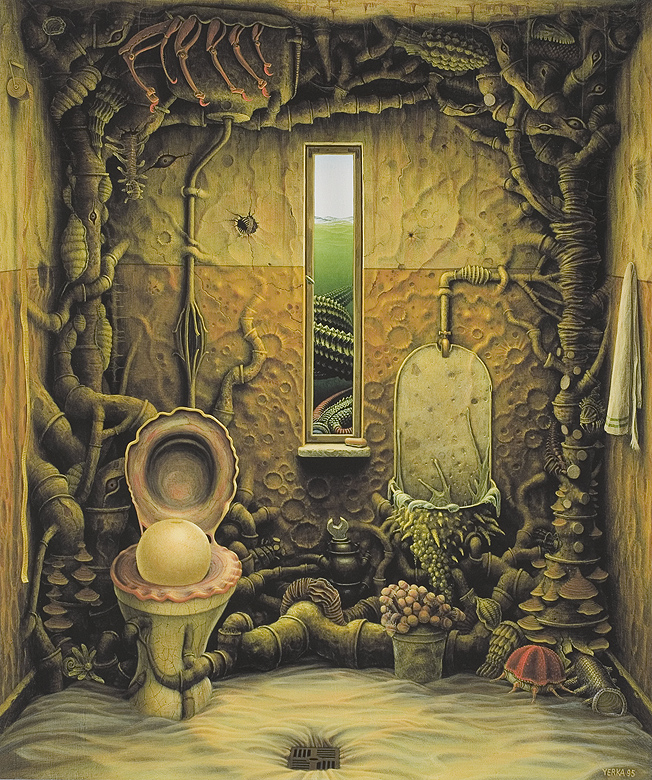 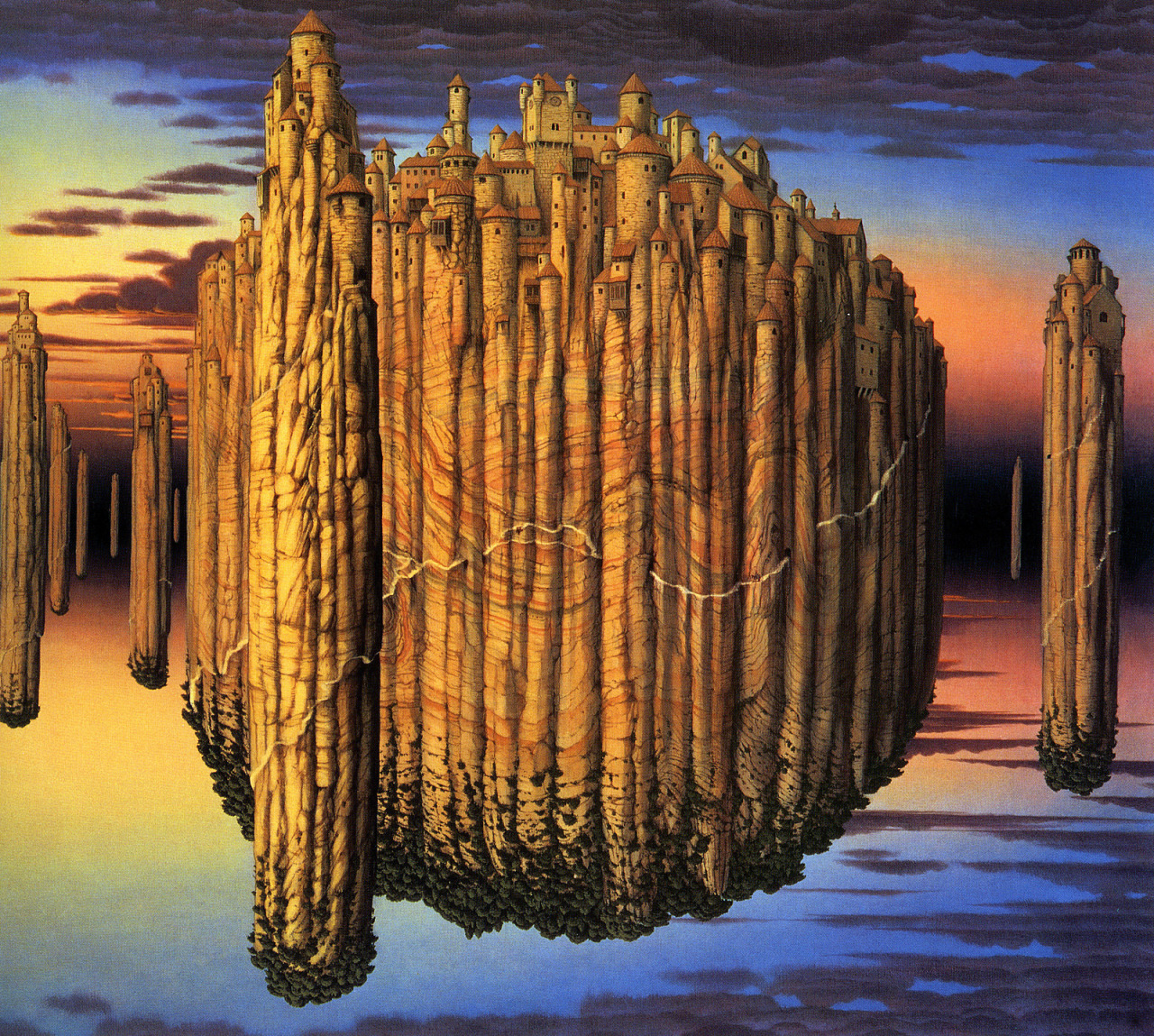 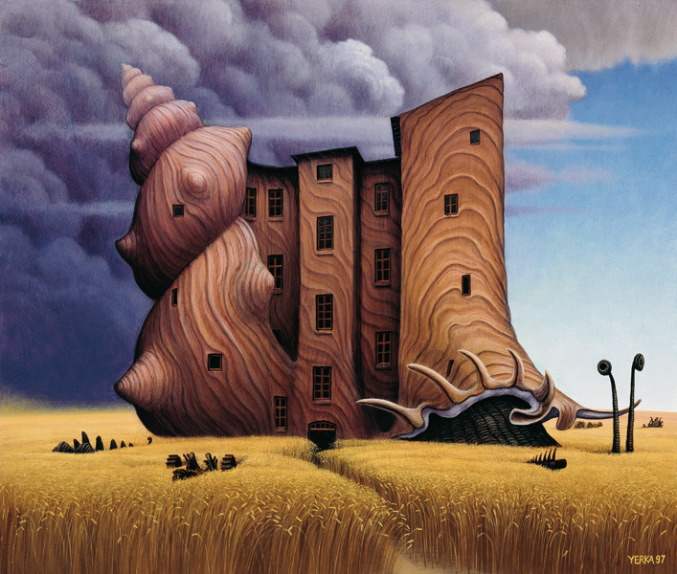 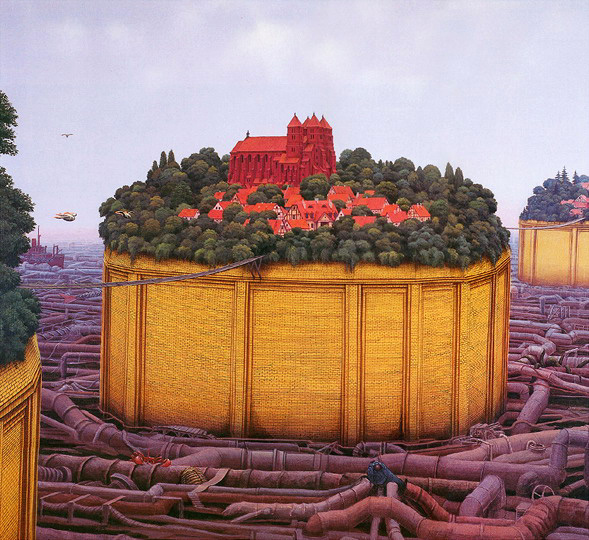 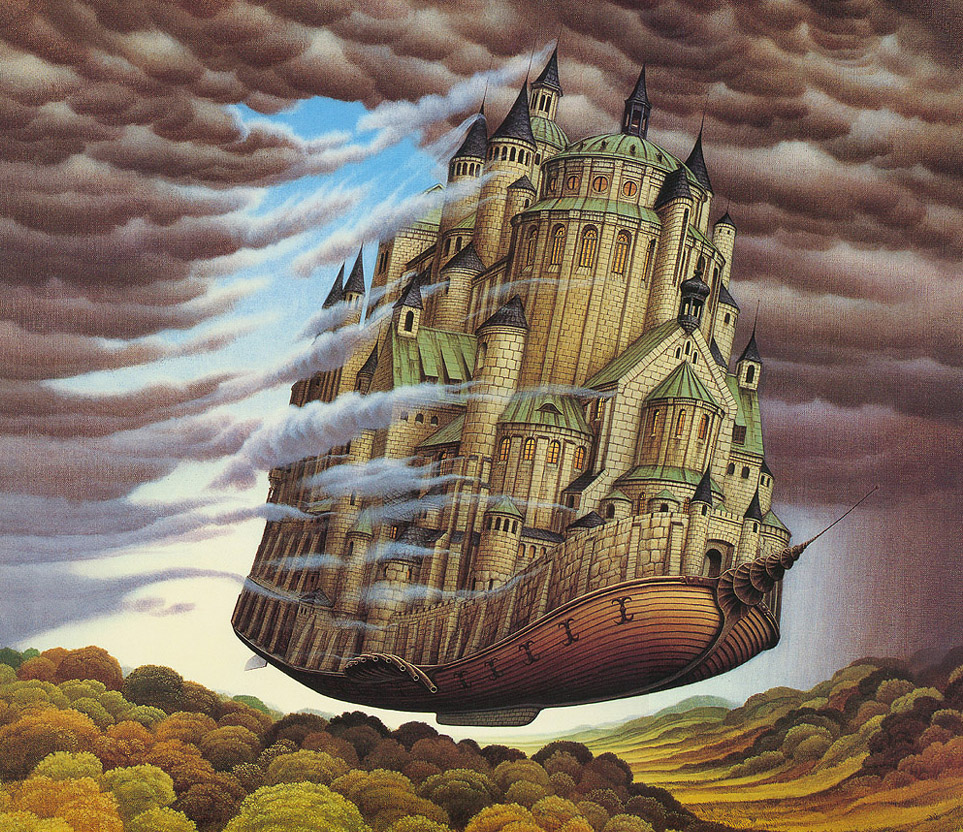 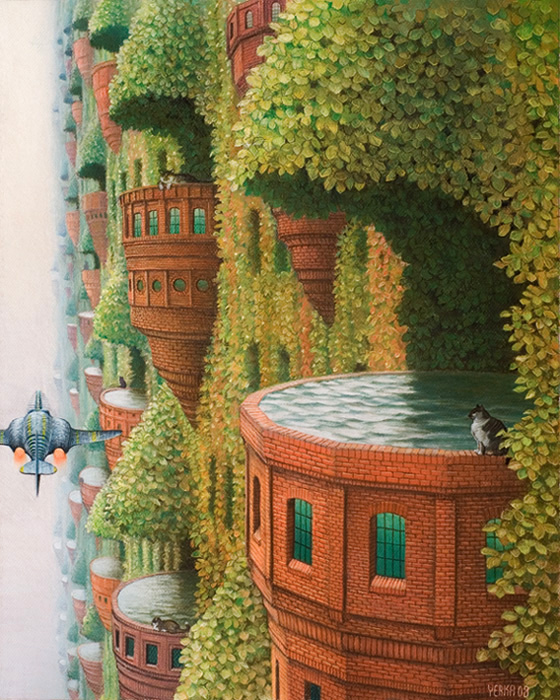