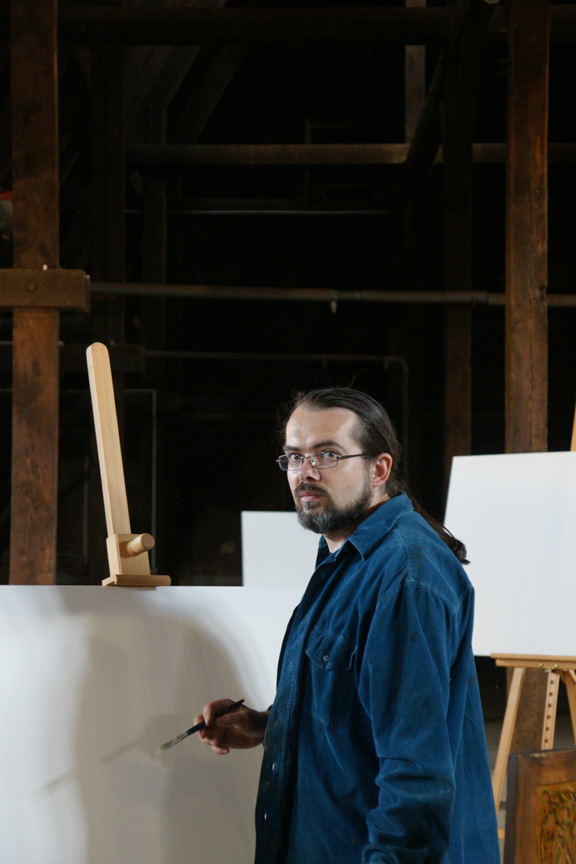 Jaroslaw Jasnikowski was born in Legnica, Poland in 1976. He is a prolific painter of modern surrealism. His themes have a wide range, but some of his finest and most evocative imagery focuses on machines of flight. Jasnikowski has a large following in his native Poland, and has had numerous solo exhibitions of his meticulous fantasy paintings.

I have the access to a huge, magnificent world, which is totally different from the one which surrounds us. I stroll and admire its veiled secret landscapes. I inhale its smell and taste its fruit. I talk to the creatures eho live there and from time to time I set windows, so the old people from grey streets could look through them and admire this splendid world too. The Alternative World....

In the earliest years in my life I was fascinated by the subject of the future. I used to wonder where we were headed and what the world was going to look like in 10, 100, 1000 years. It was then that I had the visions of space conquest, star journeys and a completely automatised world relying on highly advanced techniques. Although the more grown-up I became the less the vision appealled to me. The world in the future can more or less be foreseen, therefore, I was just searching for something more profound and original.

At the age of 18, I have discovered the surrealism of Salvadore Dali and I have noticed the huge possibilities before me. 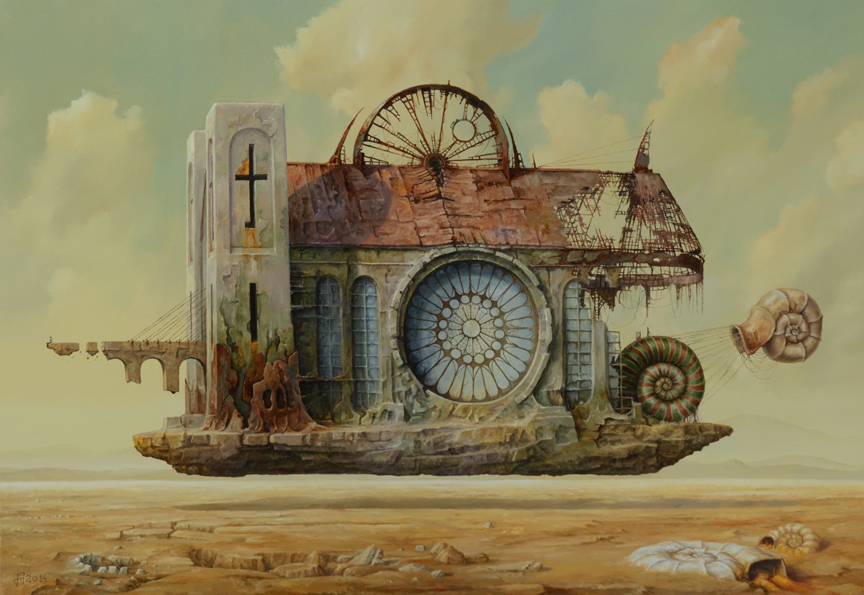